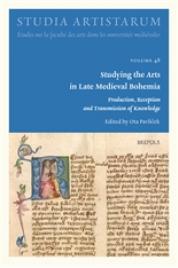 This volume is the first devoted entirely to the production, reception, and transmission of knowledge in the late medieval Prague Faculty of Arts, with important links to several other Faculties of Arts across Europe and treatments of related topics, such as studying the arts in Bohemia in the Jewish milieu.

From its foundation in 1348, the University of Prague attracted students as well asscholars from all over Europe to its Faculty of Arts, where they studied and taught the subjects of the curriculum in all their variety. Nevertheless, our knowledge about these Prague scholars and their thought is still rather limited. In an effort to fill this gap, this volume is the first devoted entirely to the production, reception, and transmission of knowledge in the Arts Faculty of the medieval University of Prague, covering topics in astronomy, linguistics, logic, metaphysics, meteorology, and optics. It also links Prague's Faculty of Arts to several others at universities across Europe and it examines the study of the arts in Bohemia outside the university, including the Jewish milieu. The book contributes to advancing the status quaestionis in various ways, mainly through the analysis of less well-known and even unpublished texts, critical editions of some of which are printed here for the first time.

Ota Pavlíček (Ph.D. 2014) is a researcher at the Institute of Philosophy of the Czech Academy of Sciences. His specialisations include the history of the production and transmission of university knowledge in late medieval Europe. Among other books, he has published A Companion to Jan Hus (2015, with F. Šmahel) and a number of studies. Recently, he was awarded an ERC grant for his project ACADEMIA, which studies the tradition of quodlibetal debates in Arts.